Troika was the second girl to join the Stevenson family. Back when we didn’t know any better, we sent in her call name as her AKC name. Apparently, there were three other Troikas before her and she came back as the fourth. She was out of Joli and Sam, our original two. She would have been a wonderful show dog, but life happens and Jane and Alan had their hands full with young kids, so she was not shown.

We did breed her to Ch. Kondako’s Dancing Bear (owned by Dave and Connie Richardson) and produced one of the top winning dogs of all time in the country that is behind most pedigrees today, Ch. Northwind’s Running Bear, BIS, BISS. When “Bear” was born, Heather really wanted to keep him and name him “Norman.” He was sold to Jack Feinberg and the first thing he did was change his name to Bear! 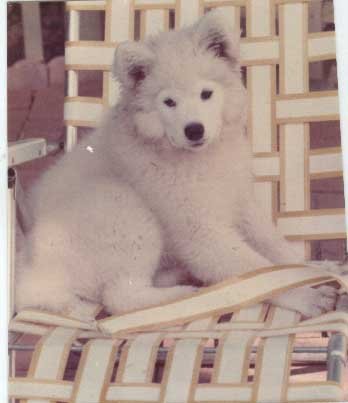