Niko is owned by Angela Capodanno, who went to elementary school with Heather. They reconnected 25 years later, when Heather noticed a Samoyed in one of Angela’s social media photos. After Angela said goodbye to her senior Samoyed of almost 16 years, Tabitha and Heather offered her a puppy from Pele’s second litter.

Niko is Angela’s first show dog, and the only one from his litter currently in the show ring. Niko got a great start with a 3 point major at his very first show! In 2016, he won a Specialty Major, going Winners Dog at the SCLA Specialty in Palm Springs. He also took Best of Winners on both days of the Silver Bay Kennel Club show, becoming a Champion on Oscar Sunday. In his spare time, Niko enjoys living up to his “Garden Party” name by making a muddy mess in his garden. Give him a hose and a little blue plastic pool, and he’s in heaven! Niko is a big personality, with an even bigger tail and a very friendly disposition. He enjoys giving out free kisses and making new friends at the dog park. 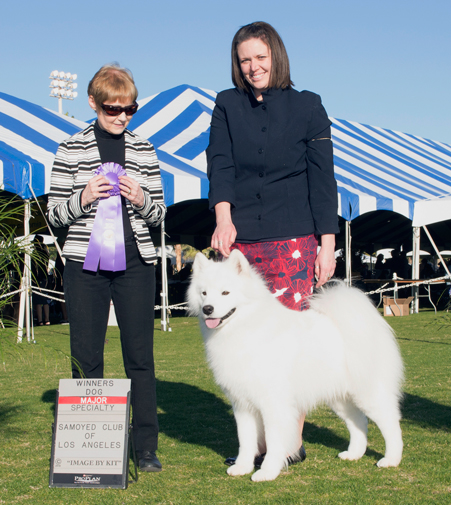 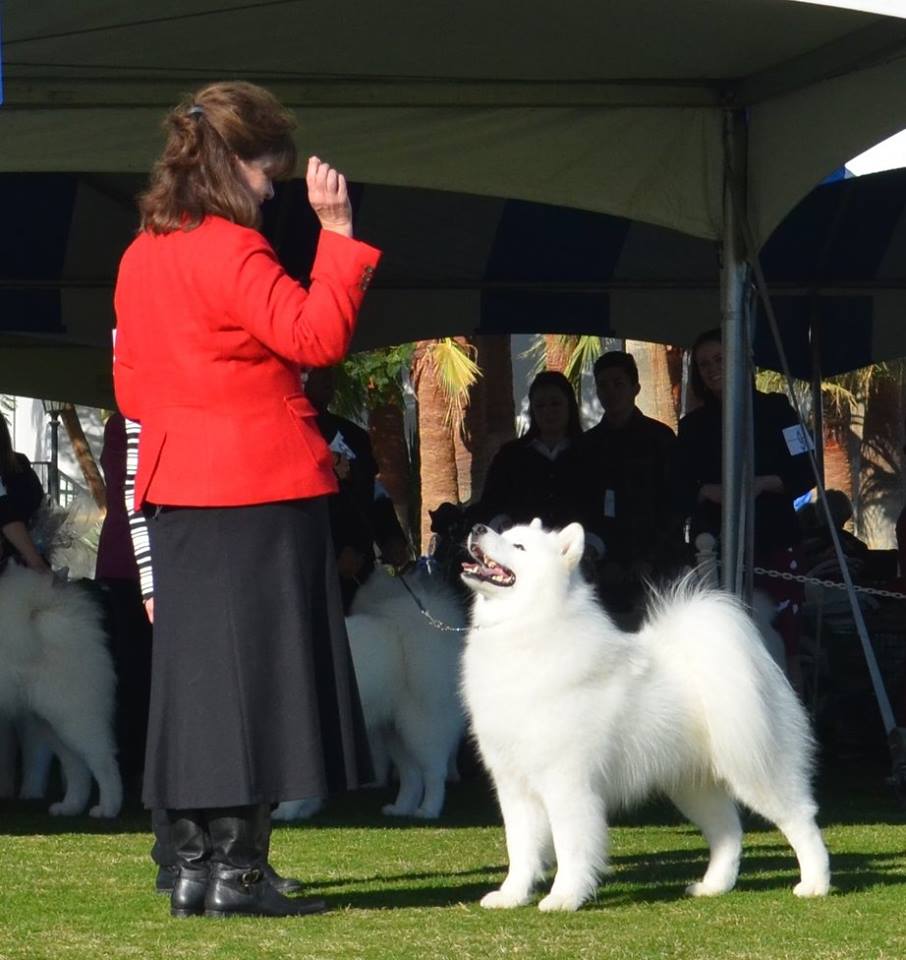 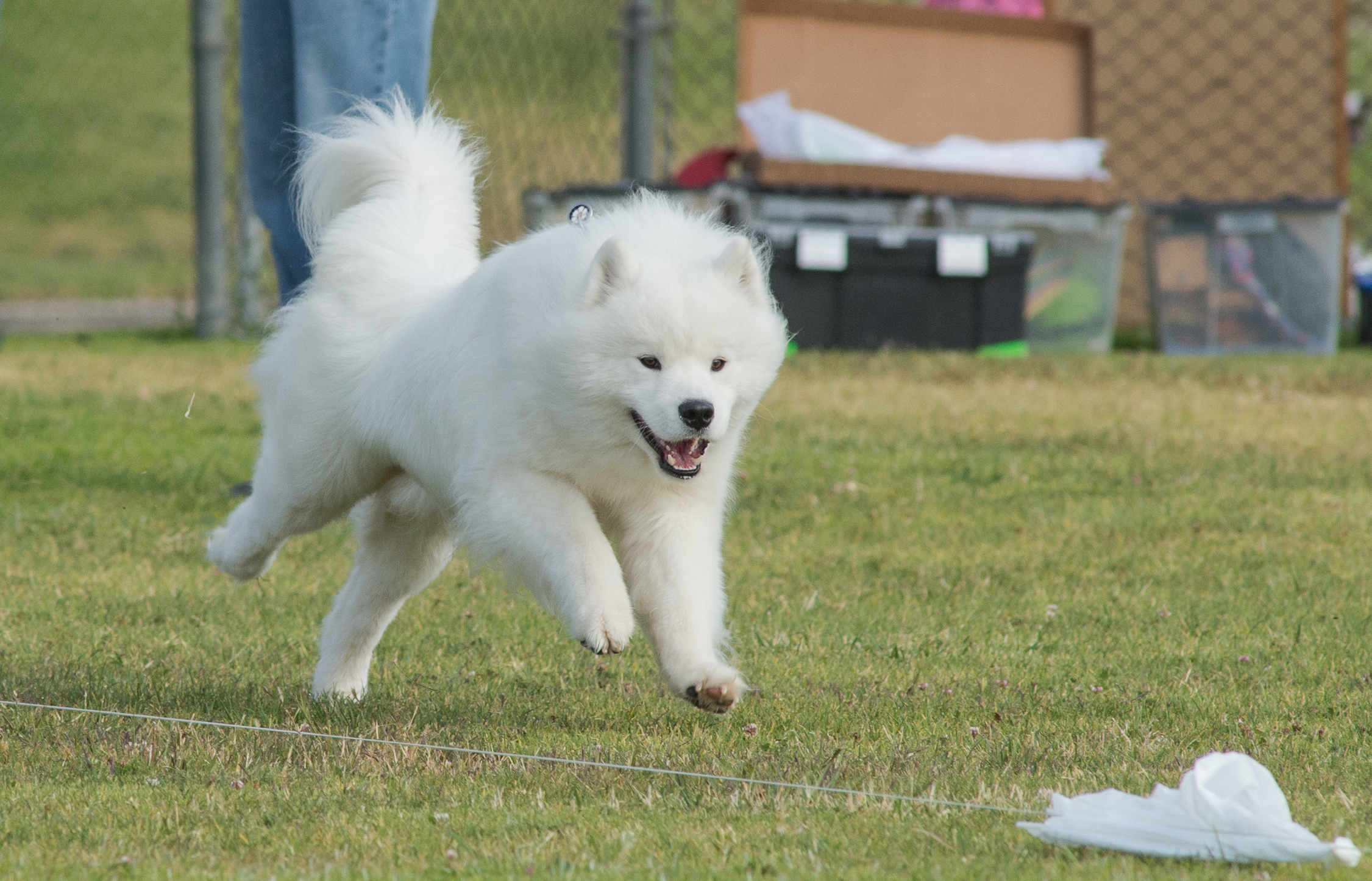 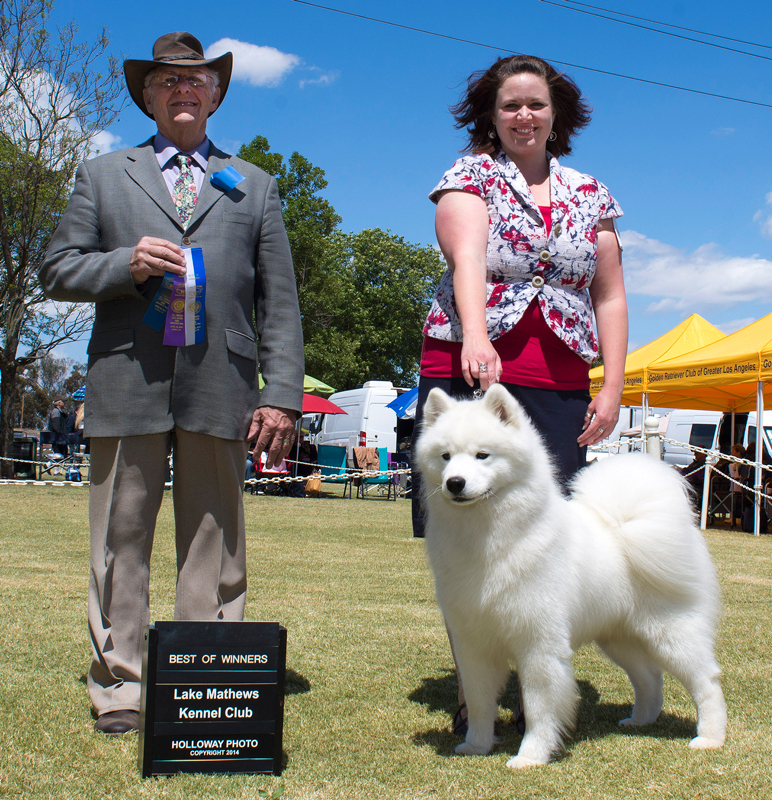 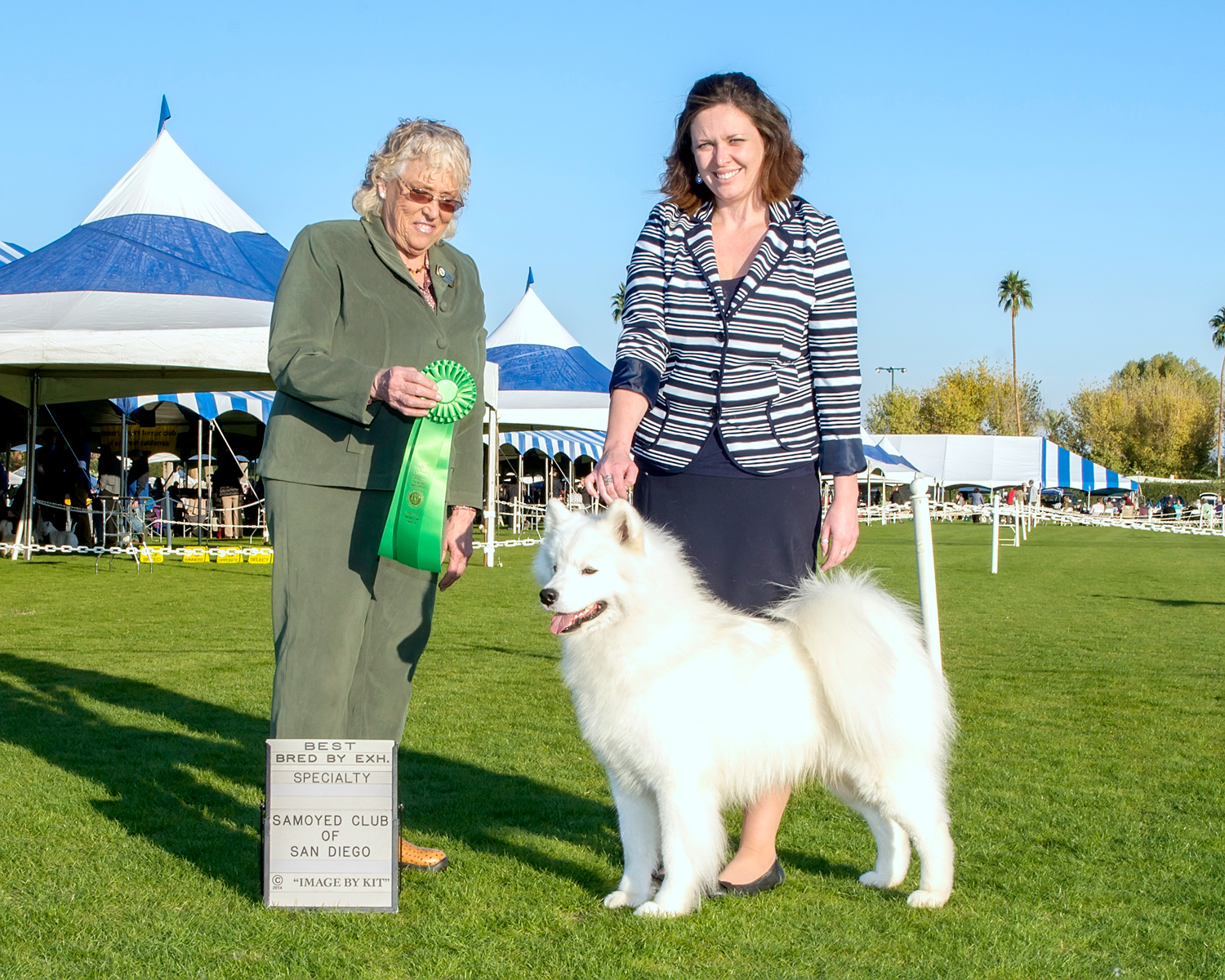 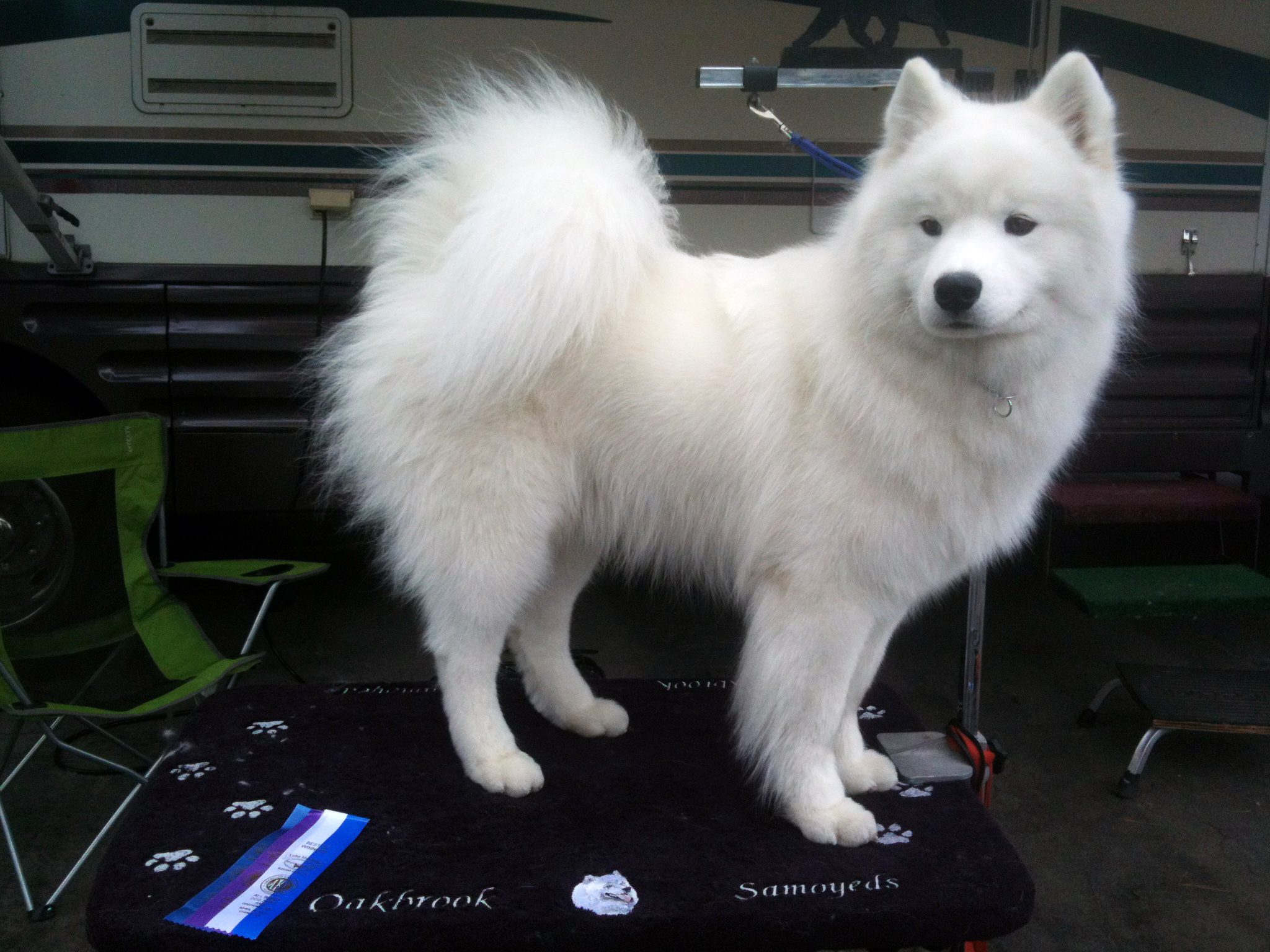 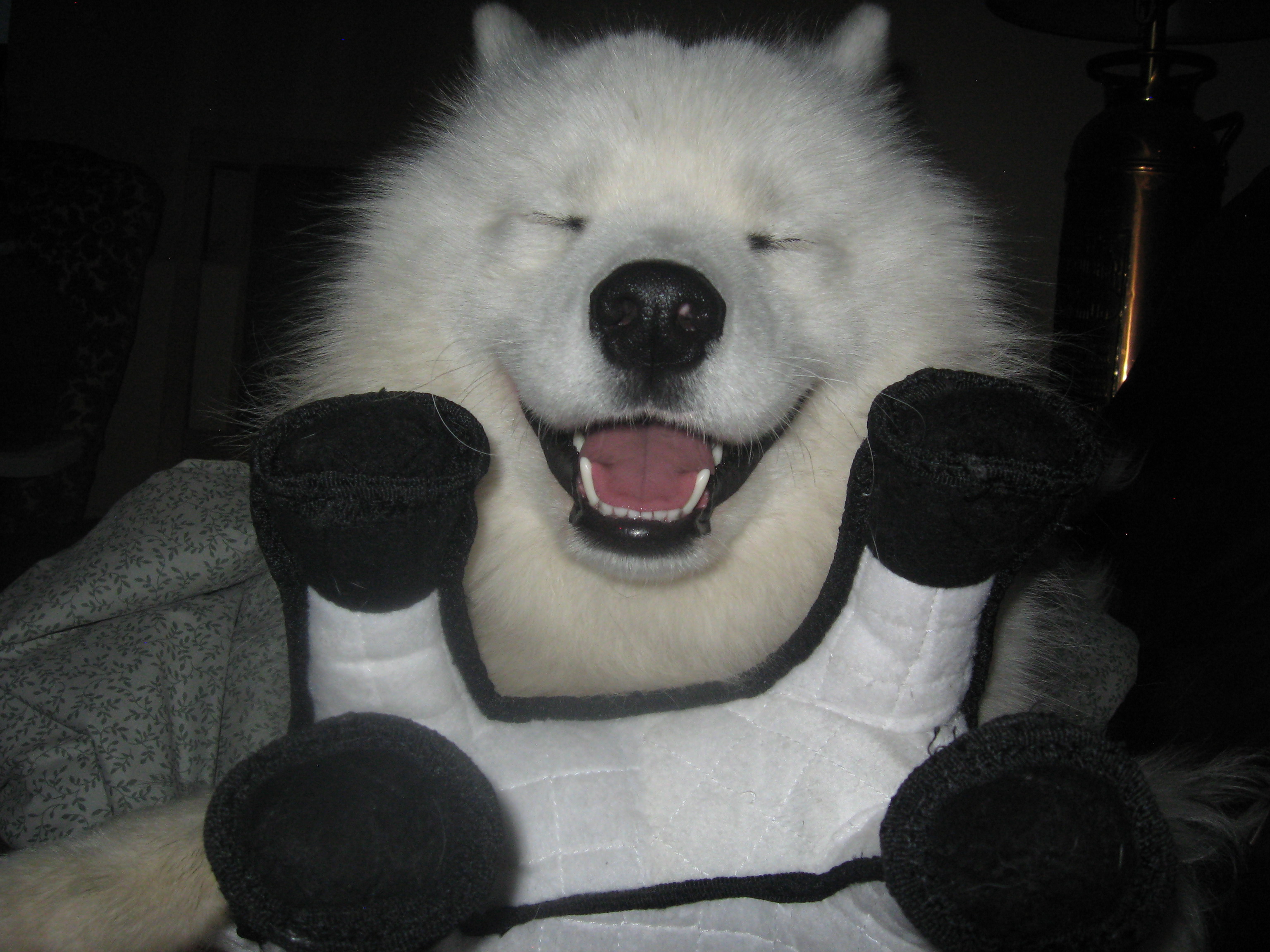 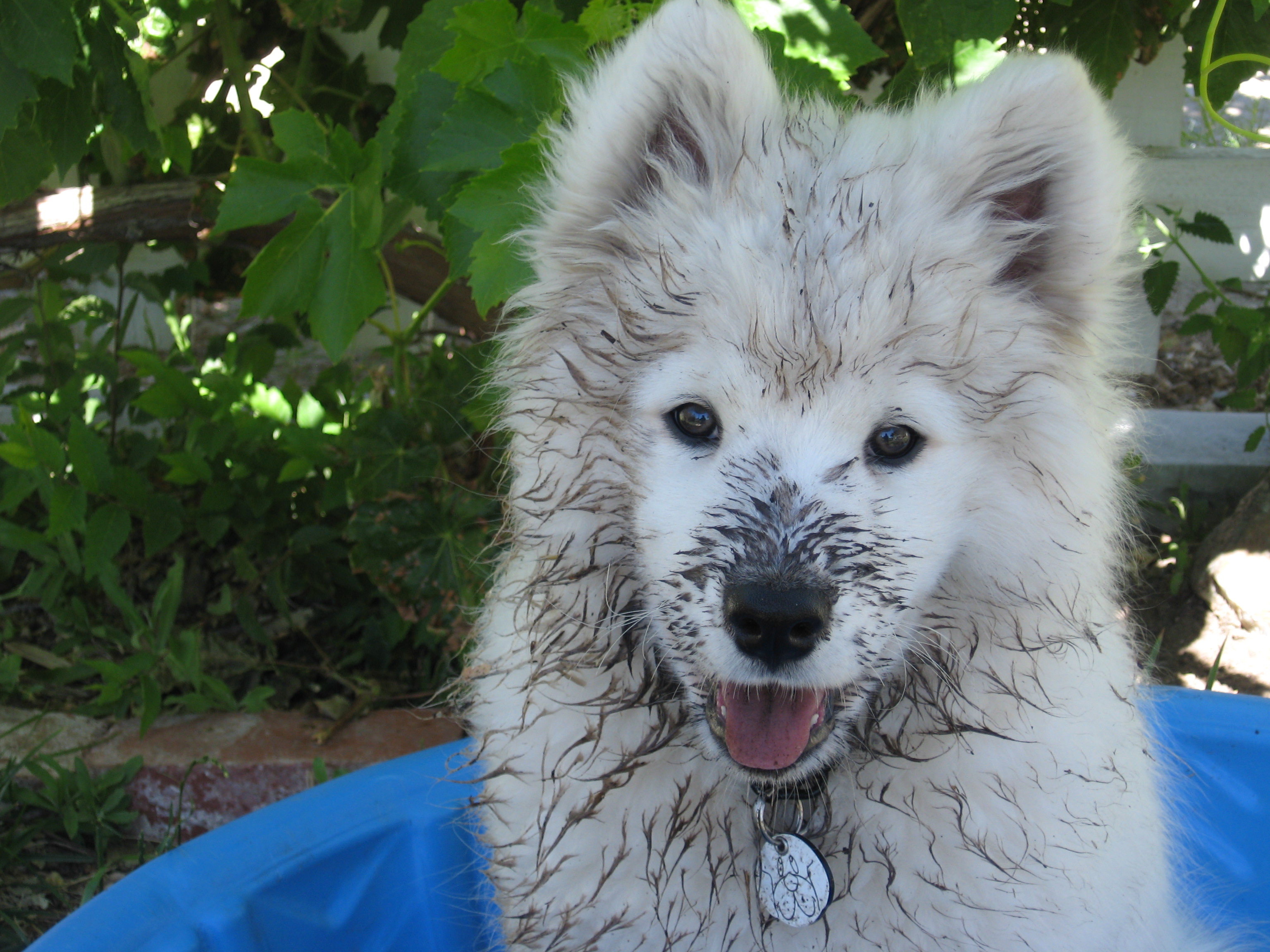 Waiting for the Judge Gallery

Waiting for the Judge

Having a Garden Party Gallery

Having a Garden Party 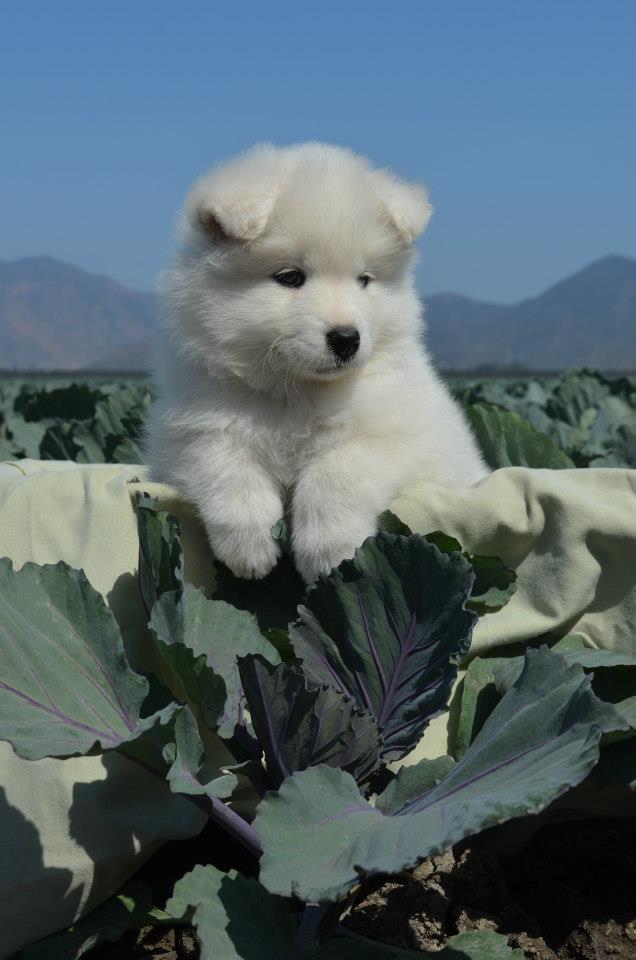 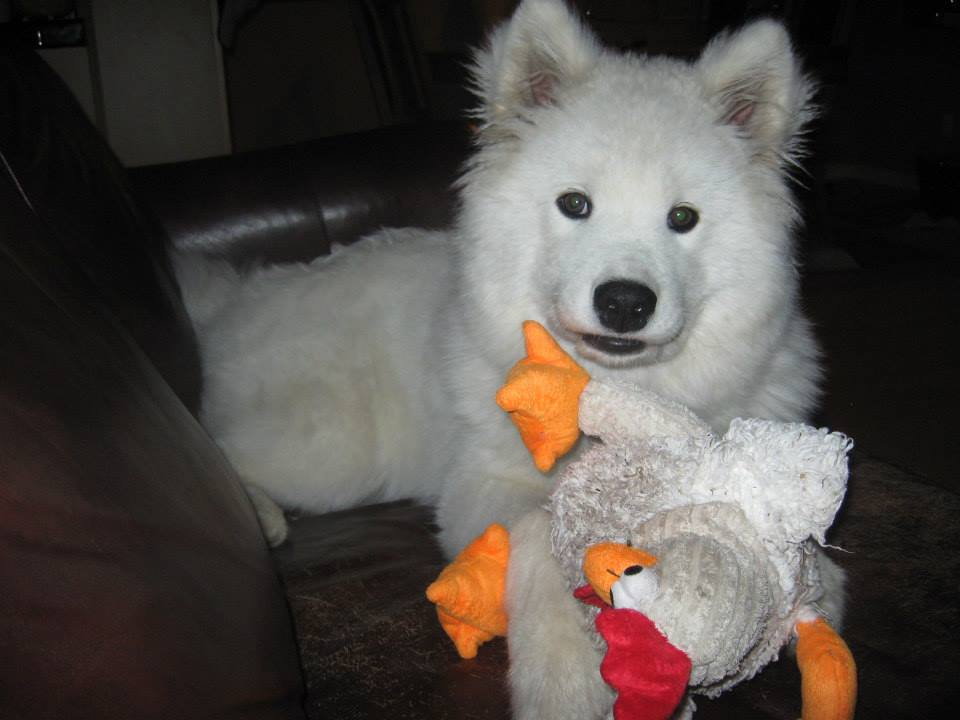 I Love My Chicken! Gallery

I Love My Chicken! 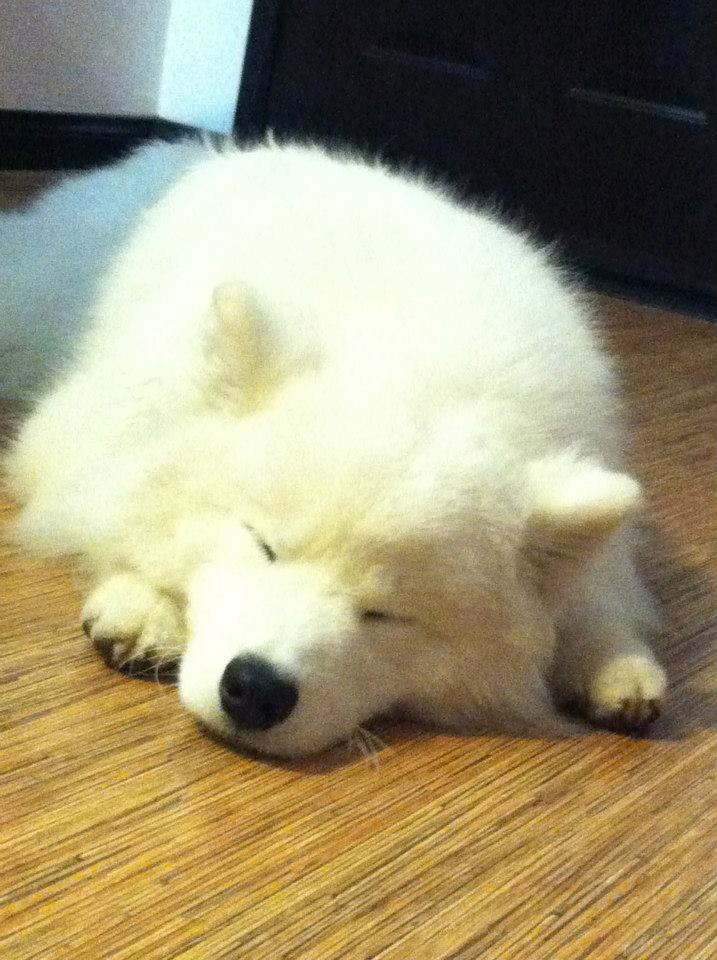 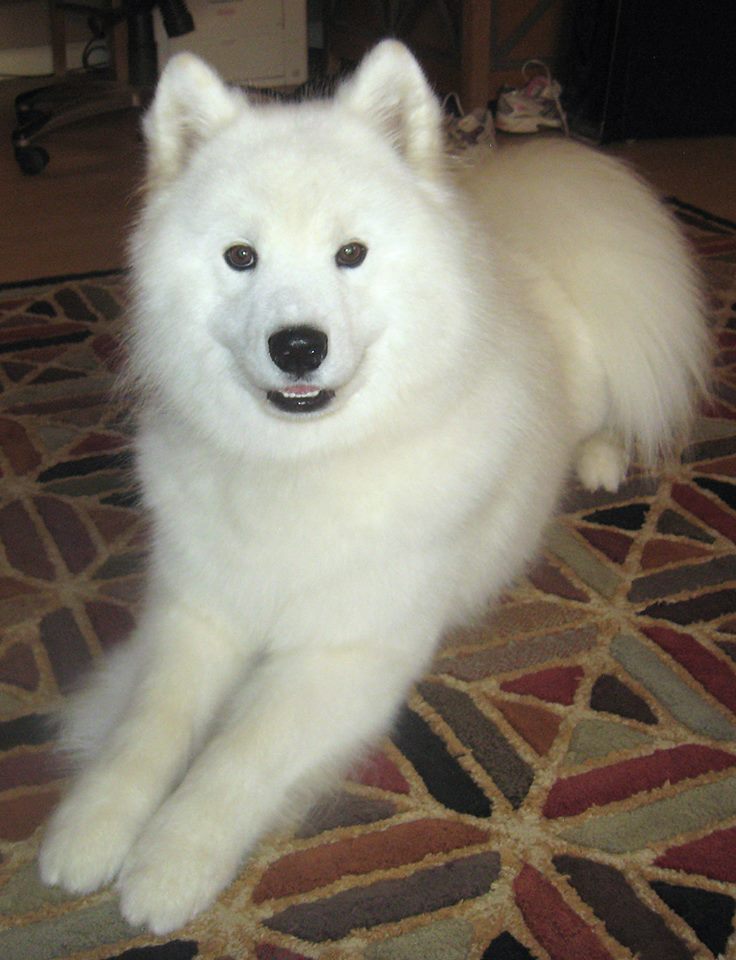 Ready for the Show Gallery

Ready for the Show 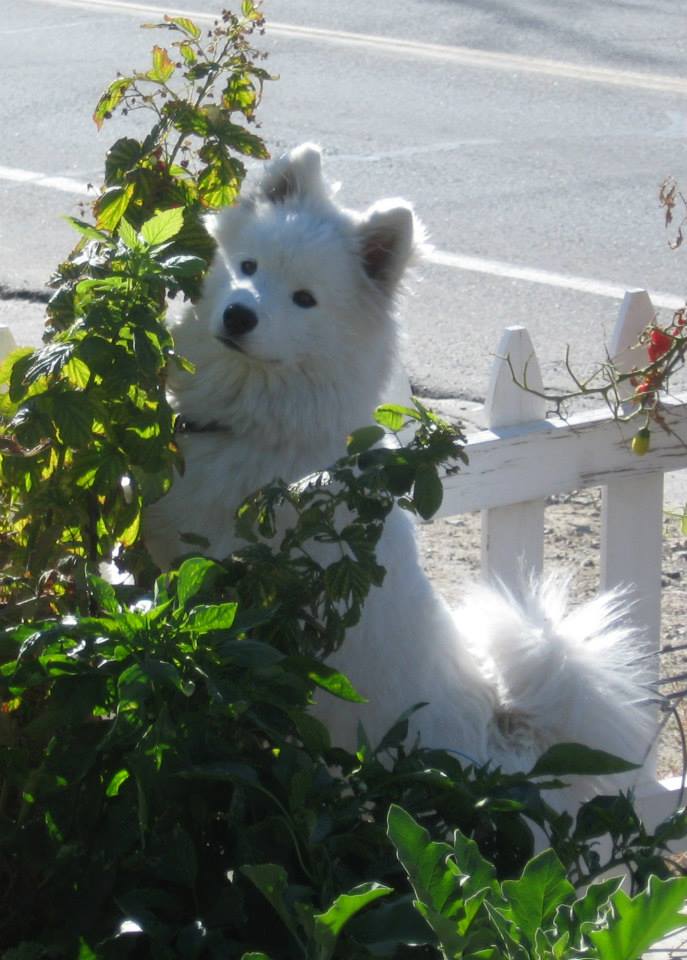 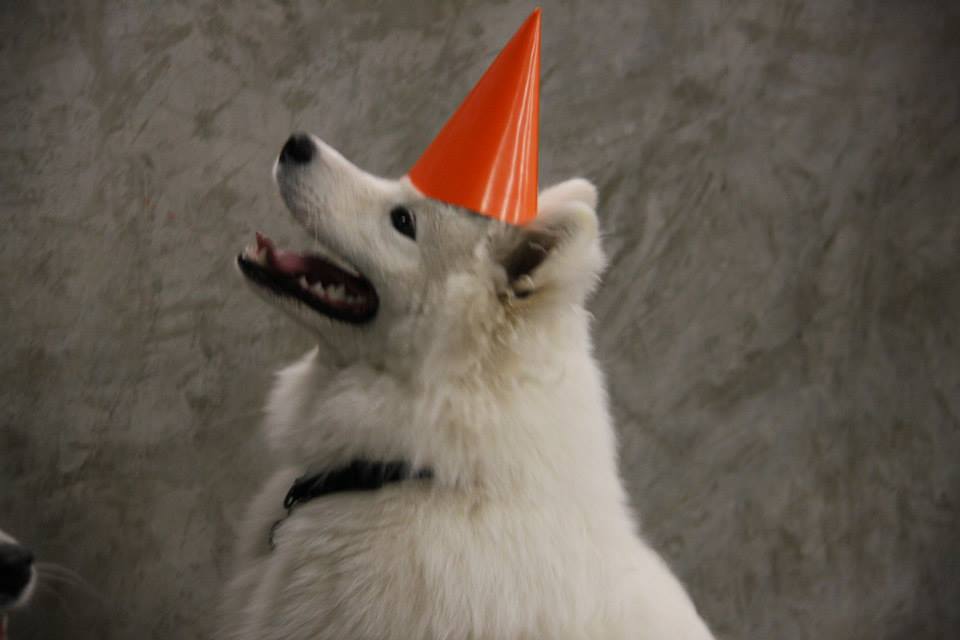 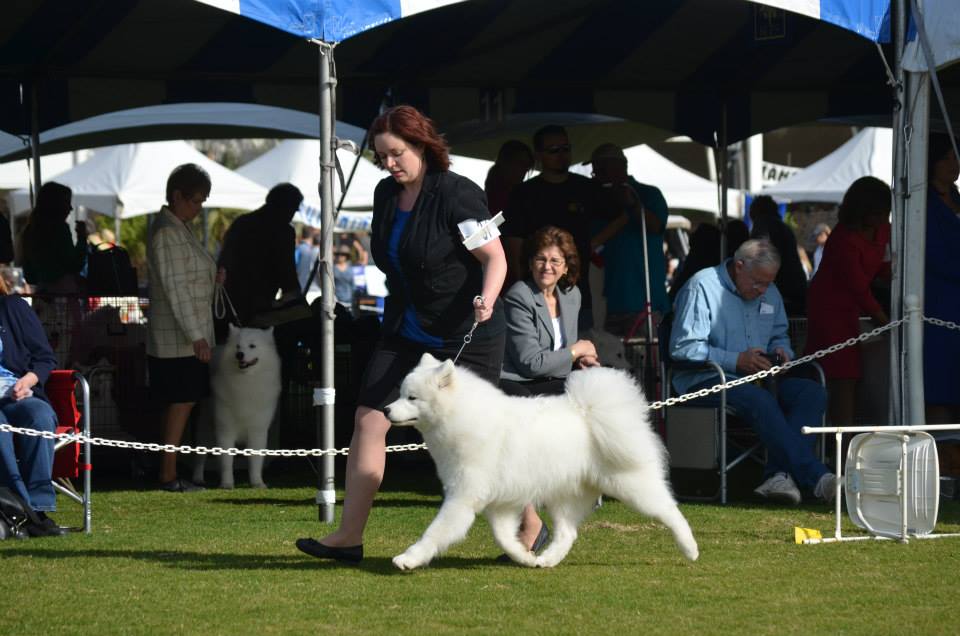 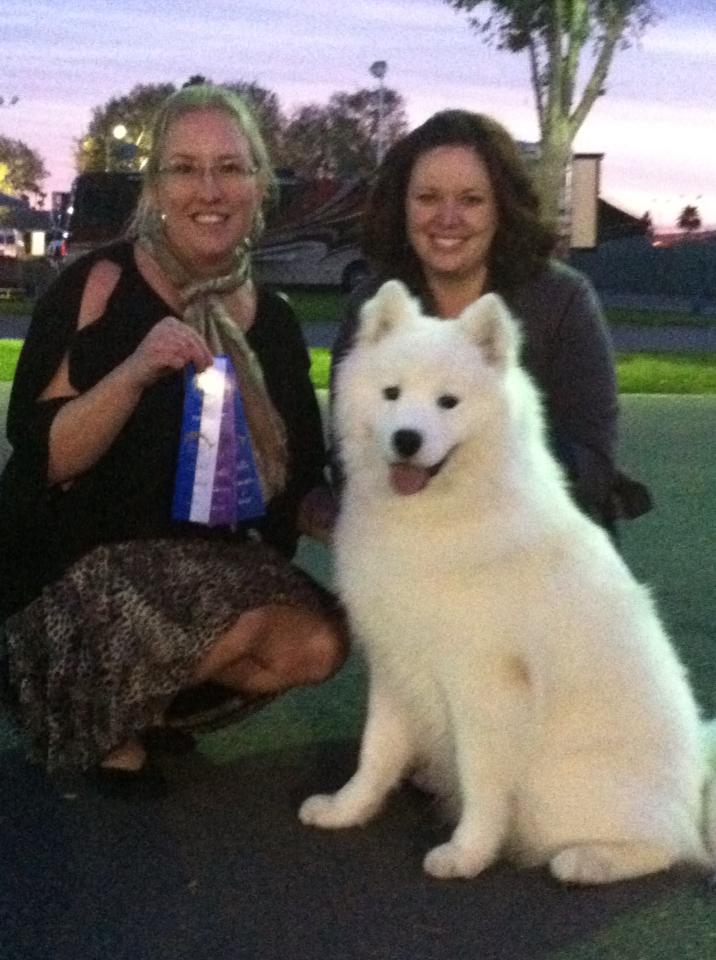 Showing Off Our Ribbons! Gallery

Showing Off Our Ribbons! 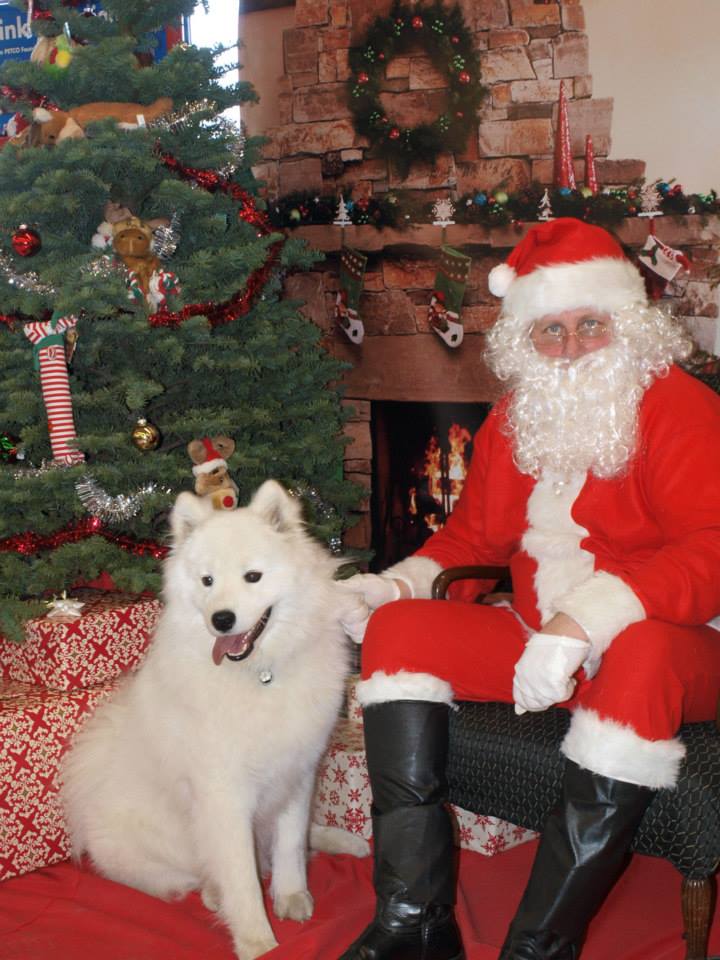 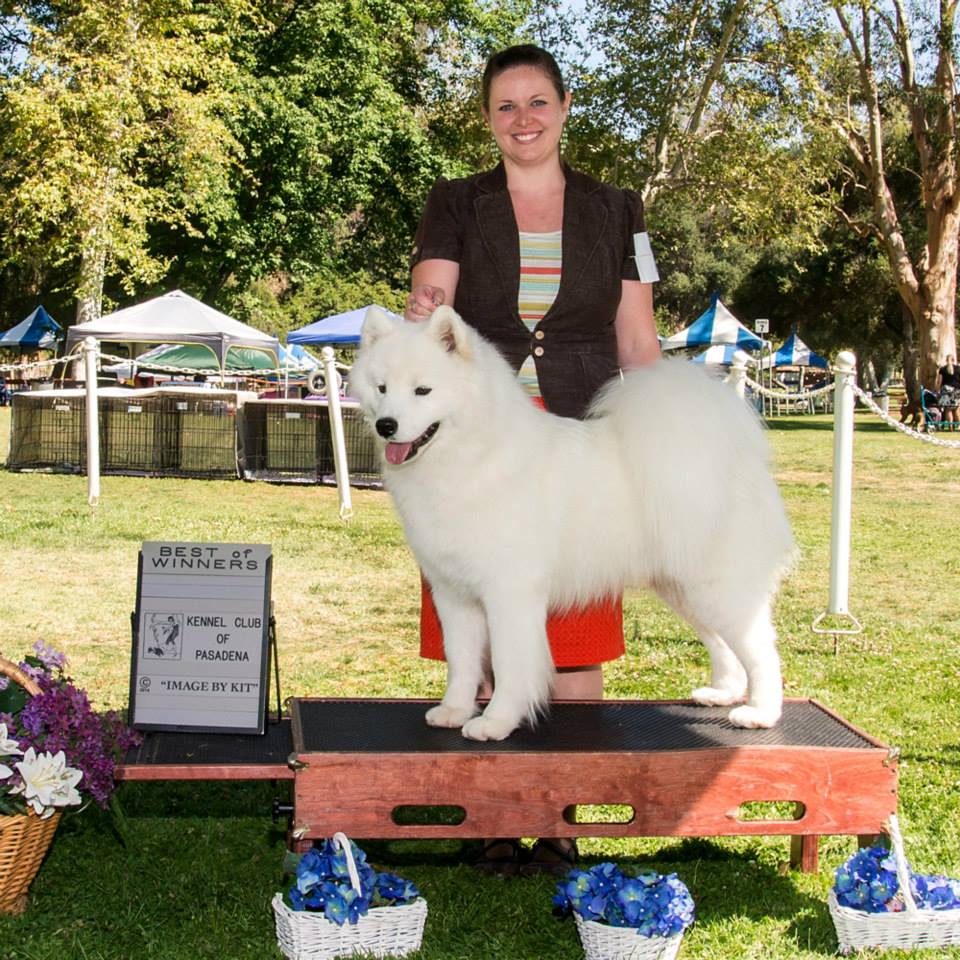 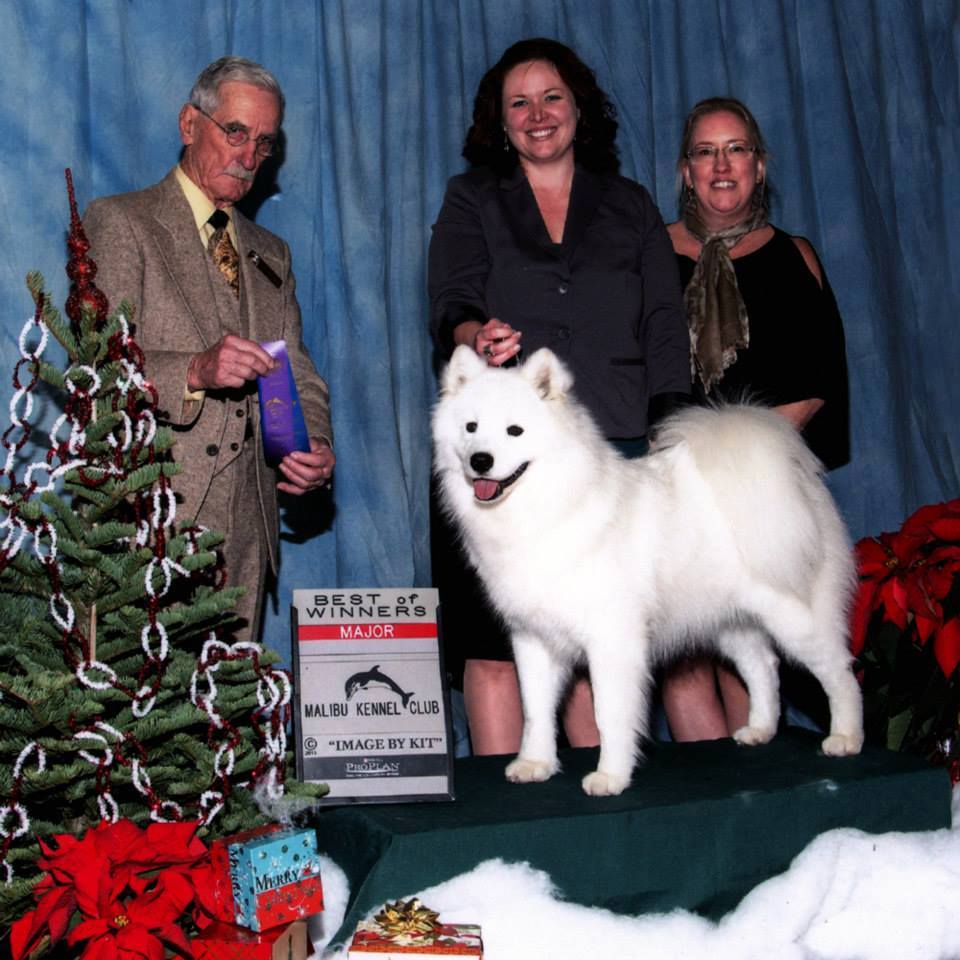 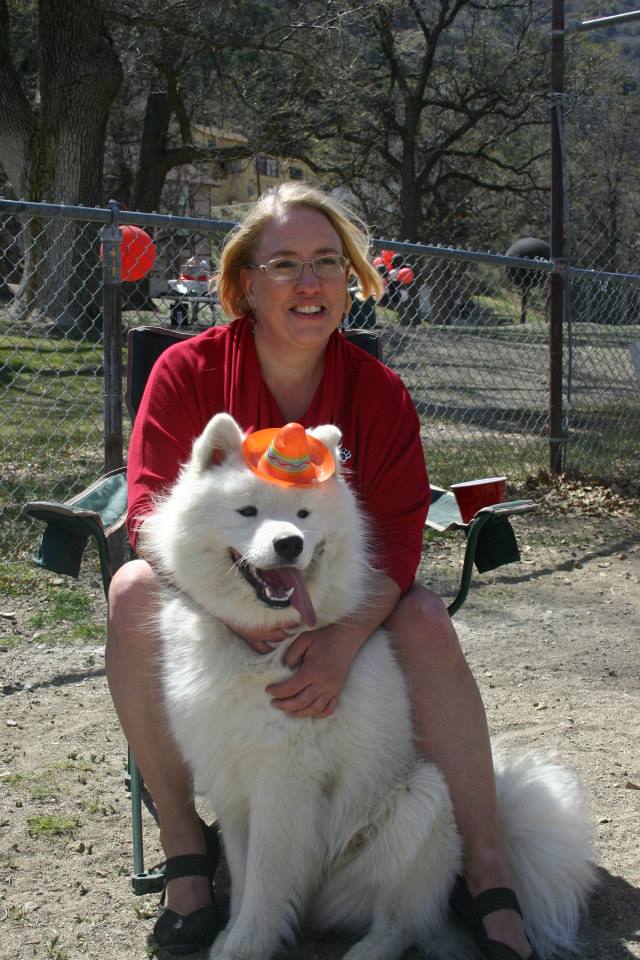 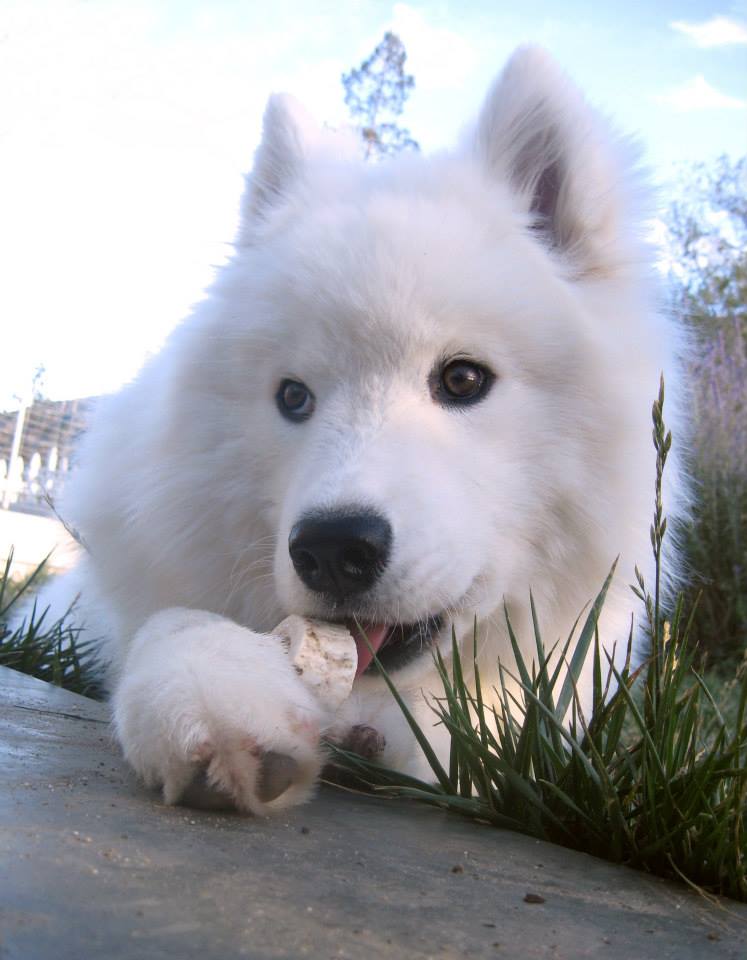 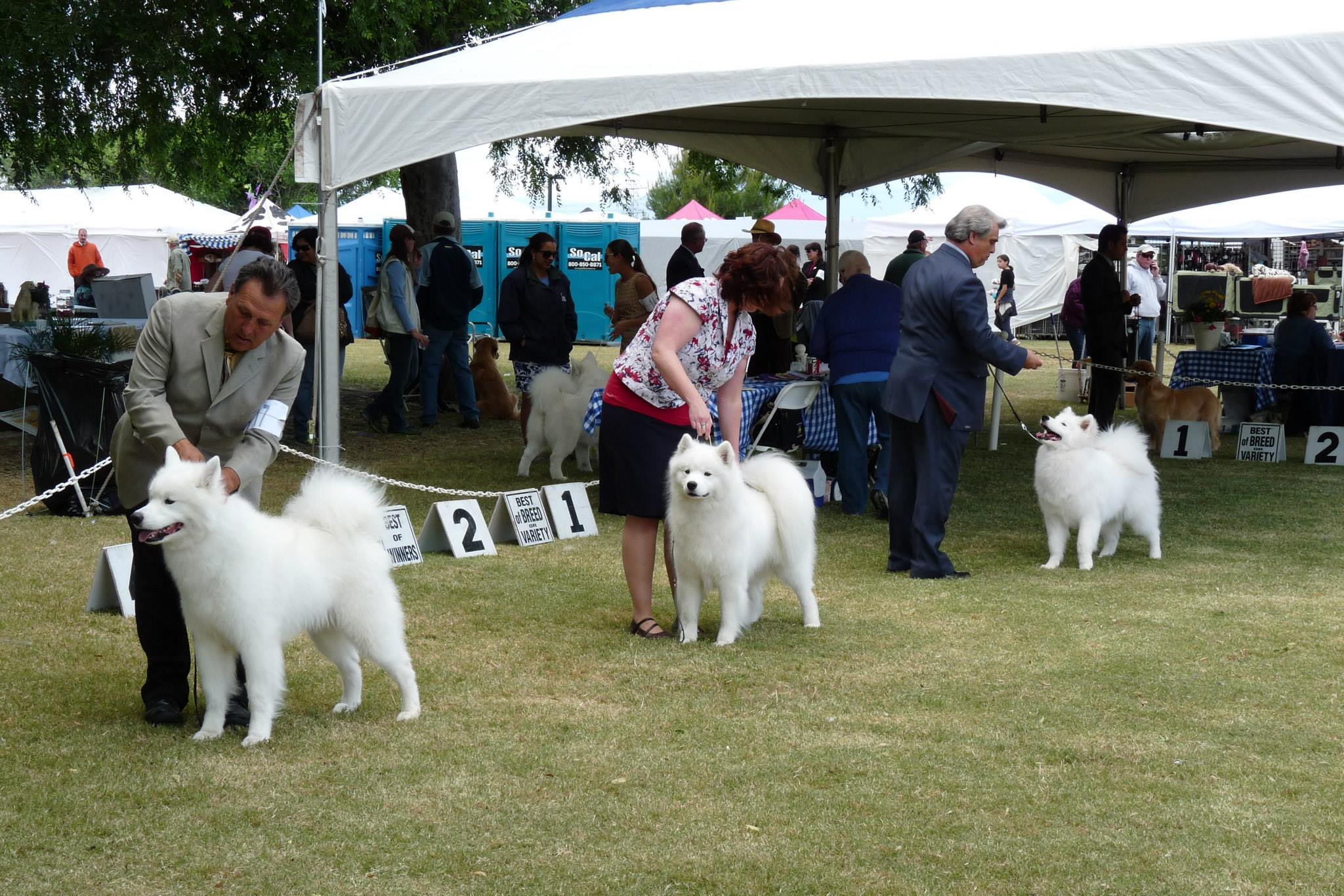 Kisses for the Judge Gallery

Kisses for the Judge 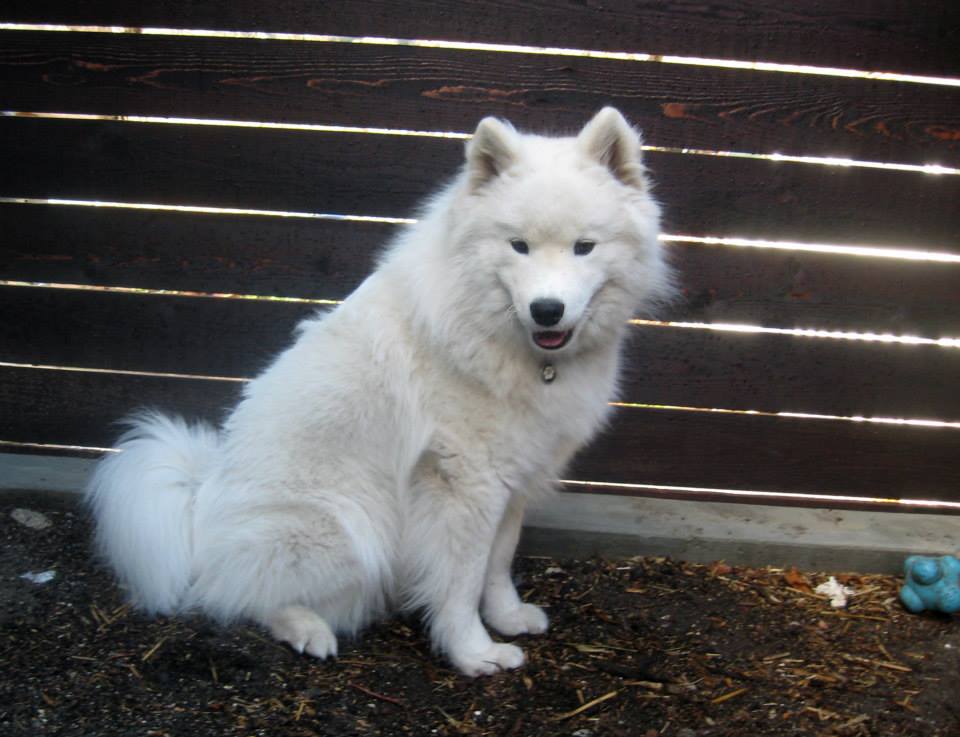 Hanging in the Yard Gallery

Hanging in the Yard 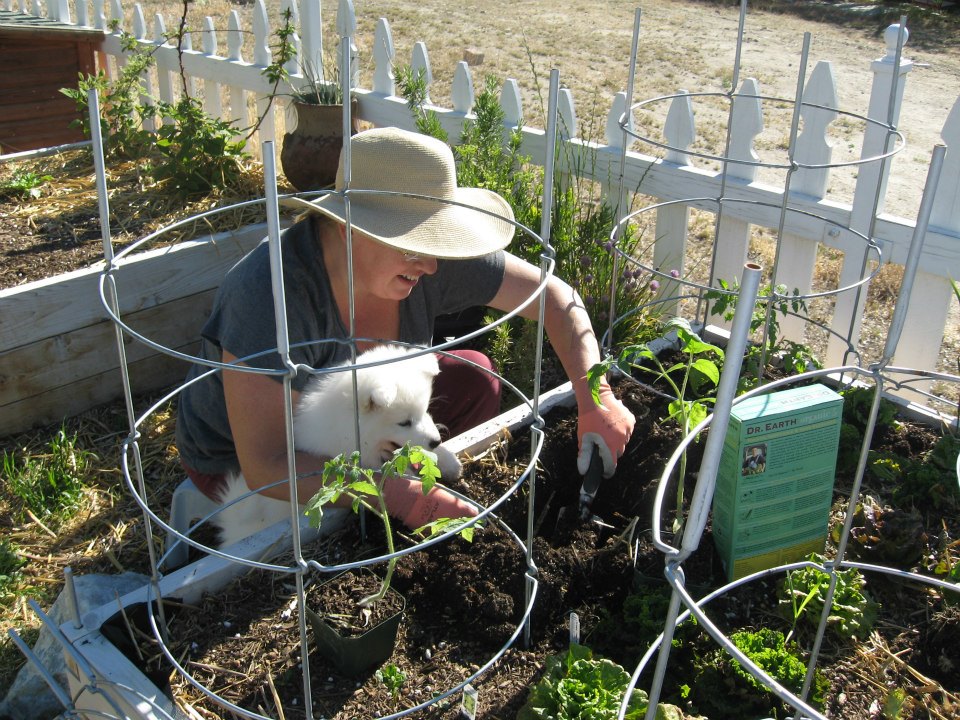 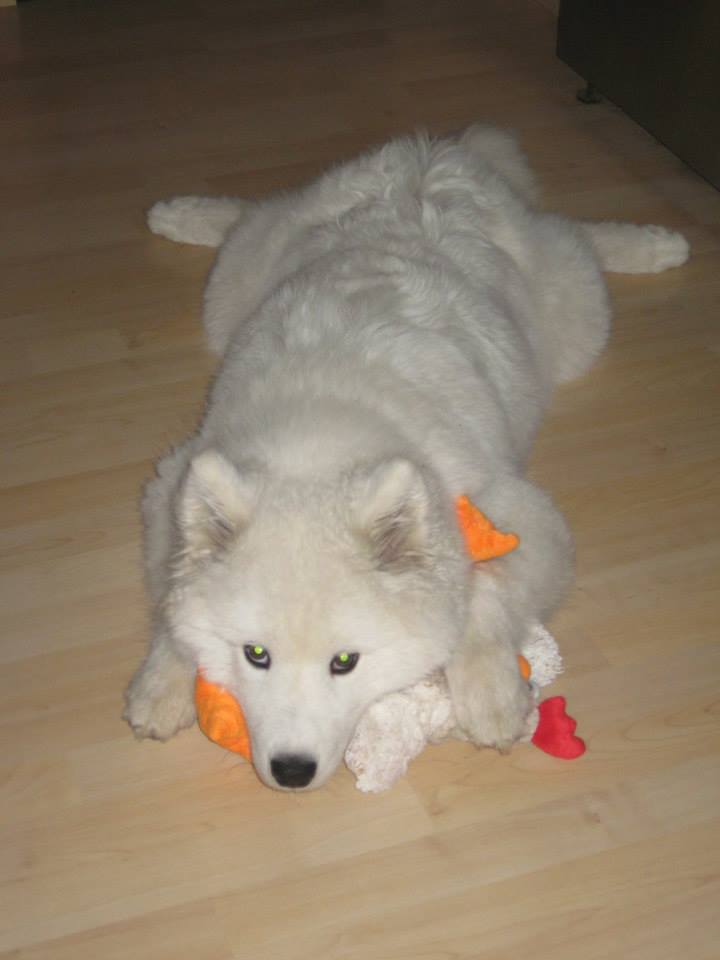 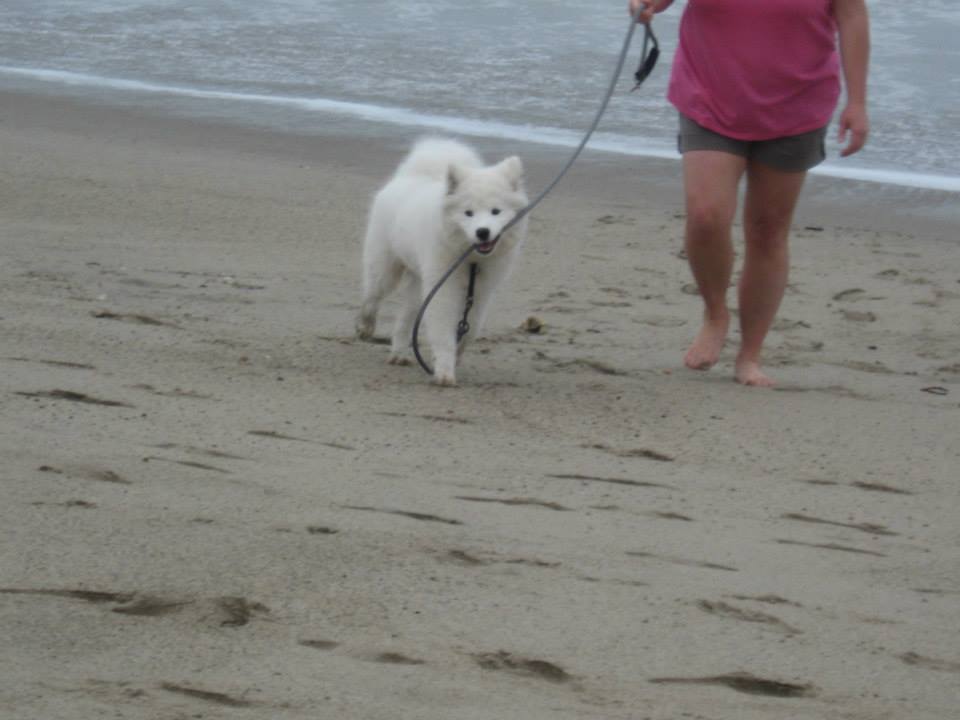 First Time at the Beach Gallery

First Time at the Beach 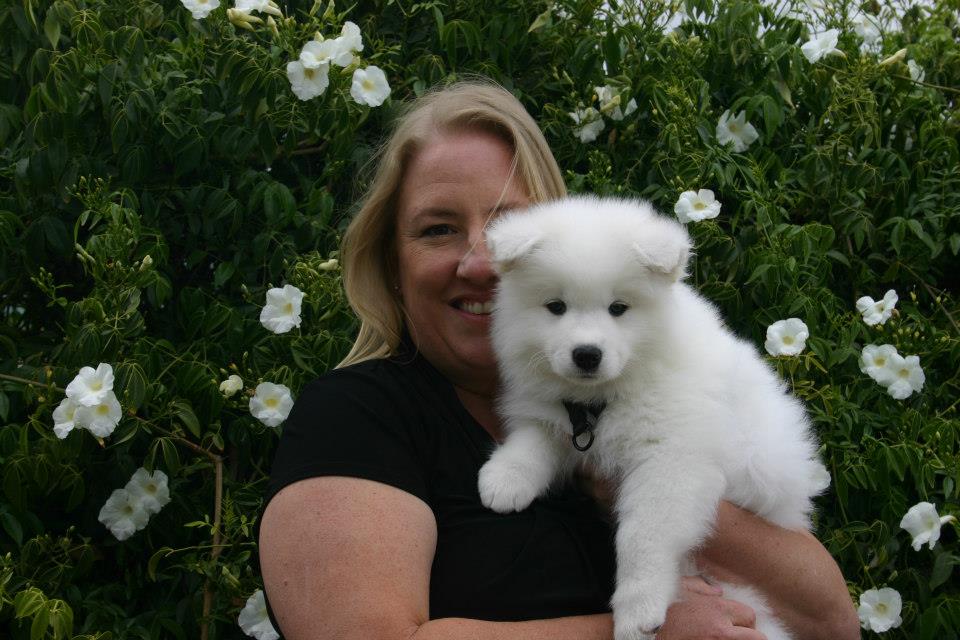 Going Home at 8 Weeks With Angela