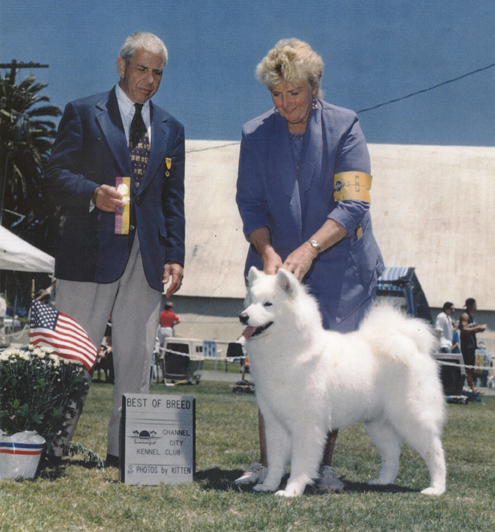 Mauka means “mountain” in the Hawaiian language. She was bought a year after Kathy and Leon got Kyra. Mauka was a beautiful and spunky dog. She and Kyra got along great until they both had puppies one week apart. That was a fun experience that we will never attempt on purpose again!

Mauka won the Generations Class at the 2000 National. She finished her Championship quite quickly and went on to have several litters, producing some amazing champions. She earned her ROMC title because of her success in motherhood. Her most well known get was “Ono” Ch. Oakbrook’s Strike It Rich, BISS. She was an incredible Brood Bitch and a wonderful family dog. We lost her to mammary cancer quickly after her diagnosis, and was gone all too soon. 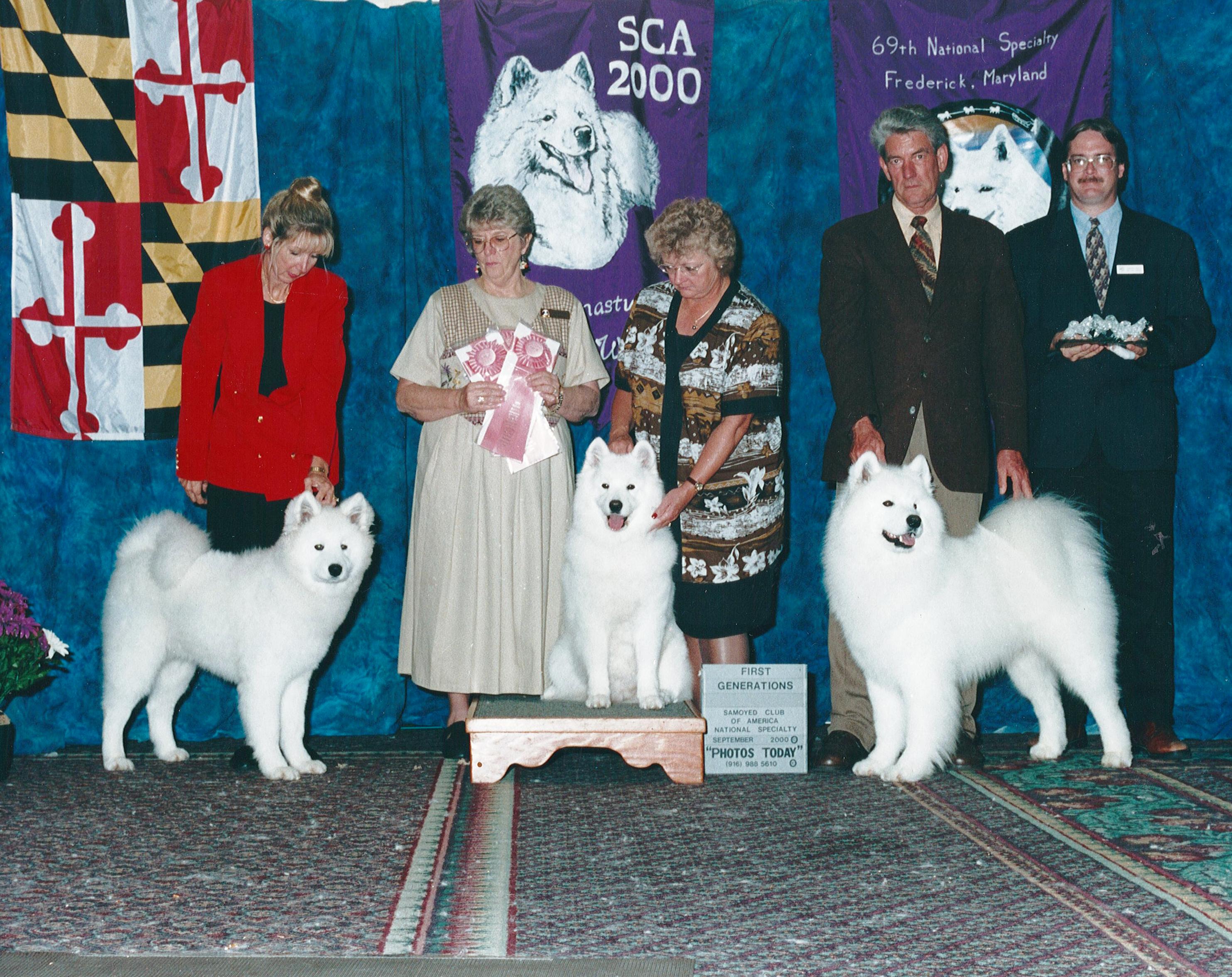