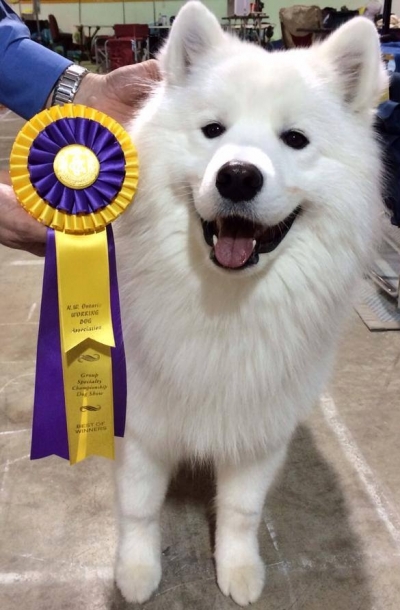 Kona lives in Minnesota with Steve and Tina Palks.  He is a great addition to their family and he loves the snow! Steve has done a wonderful job showing him to his American and Canadian Championships and recently acquired his Grand Championship all owner handled. We also have high hopes for this special boy in the working arenas as well.

Award of Merit at the 2014 WI Specialty Gallery

Award of Merit at the 2014 WI Specialty 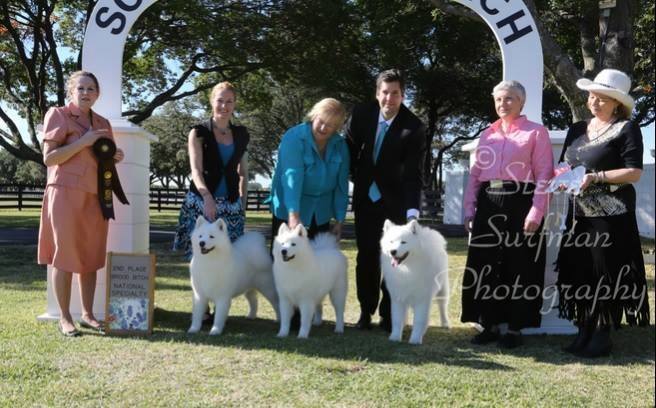