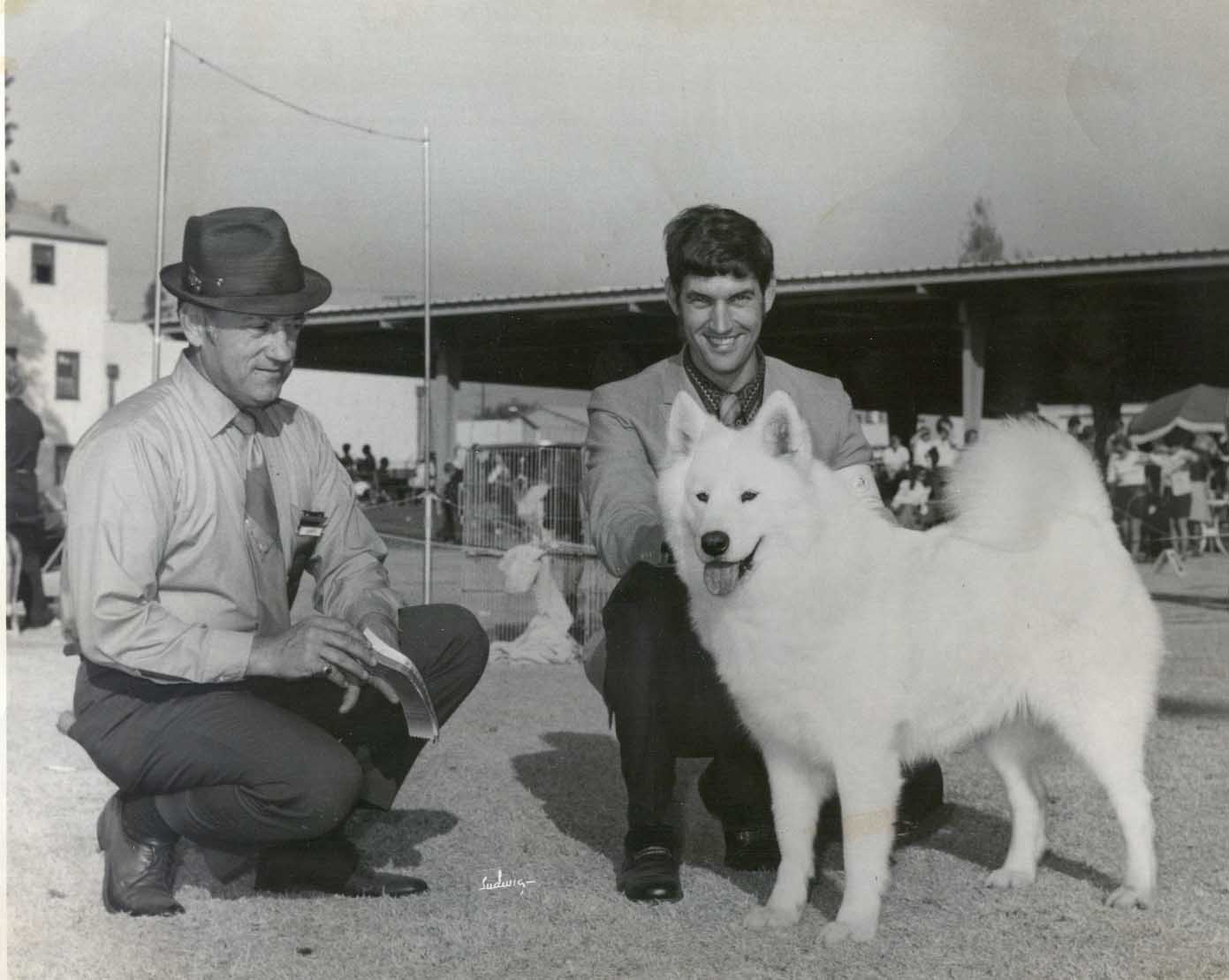 Joli was our first female, owned by Jane and Alan. They showed her for awhile but soon realized that she was not much of a show dog. She got her first point under Judge Robert Ward. She obtained a couple of points but she was retired. She could move like the wind but she wasn’t the prettiest girl in the world.

Joli was bred to our boy Sam, which produced our next female, Troika. She was the grandmother to one of the top winning dogs in the coutnry that is behind most pedigrees today, Ch. Northwind’s Running Bear, BIS, BISS. She was a wonderful pet that Heather and her brother Todd learned to walk with by hanging onto her tail and following behind her. She was a great babysitter too, always herding us away from the fireplace. We lost Joli at a very young age to cancer.